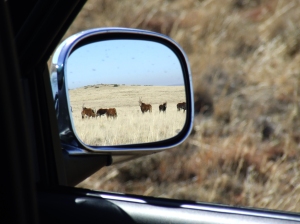 A comment on my post about getting your dream job in conservation pointed out the importance of sharing your dreams and ambitions with like-minded people. I found this simple suggestion incredibly profound. In addition to this, since this blog has been active, I have been asked about its name – The Solitary Ecologist – by multiple people. It turns out that the name of the site is linked to my career dream and this post will explain how.

Those of you who have met me before might assume that The Solitary Ecologist is a reflection of my very introverted personality. While this might be an appropriate assumption, it wasn’t why I chose the name. You see, my dream is to be a self-reliant conservation biologist; an ecological entrepreneur, if you prefer. The “Independent Ecologist” just doesn’t role off the tongue as smoothly as I had hoped. So, instead, I chose to use solitary in the zoological sense – to demonstrate independence from the herd.

Let’s face it; there are not enough jobs out there for all of us who have an ambition to conserve nature. The donor funding pie is finite and it is silly to expect that we should all get an equal slice. Inevitably, someone will lose out but we should try to ensure that these talented and ambitious people are not lost to the conservation cause. Here is where environmental entrepreneurship can solve a problem.

I think conservation biologists should be paid for the value they create. Furthermore, the perception that conservation is a passion-driven pursuit upsets me (and I am not alone in thinking this way). It is not unethical to be paid for doing something, even when you have a moral obligation to do it. Human health and Justice are two of the most moral-based concepts, yet Medical Doctors and Judges are two of the most respected and well-paid professionals on the planet. I doubt that the biodiversity would be in its precarious state if being a conservation biologist was lifted to the level of being a Doctor or a Judge.

I really believe that conservation can be monetised. I am adamant that conservation scientists can get paid for increasing ecological value. The next big wave of the conservation movement will be ecological entrepreneurship; I want to surf that wave. Don’t believe me? My next post will be a massive monograph on unconventional funding models that are currently in action. We shouldn’t just accept the current state of conservation and we should be eager to improve it wherever possible (and to hammer home this point, I’ve added a Steve Jobs’ video even though it is a blogging cliché).

I don’t think that the current conservation system should necessarily be reformed. I also don’t think that ecological entrepreneurship can replace the traditional non-profit system. Nevertheless, I am confident that a new breed of opportunistic conservation biologists might be better suited for a start-up culture than they are for fitting into large, established organisations. These people can do work that is different enough to avoid competition yet sufficiently similar in overall objectives to be complementary to traditional conservation. Maybe you agree with me? Maybe I am chasing my own tail?

Try this following test developed by Daniel Isenberg. If you answer YES to 17 or more of these questions, then you should consider (ecological) entrepreneurship as a viable career choice.

6 thoughts on “Is it time to turn your back on the herd? My personal dream in conservation and how the Solitary Ecologist got its name.”